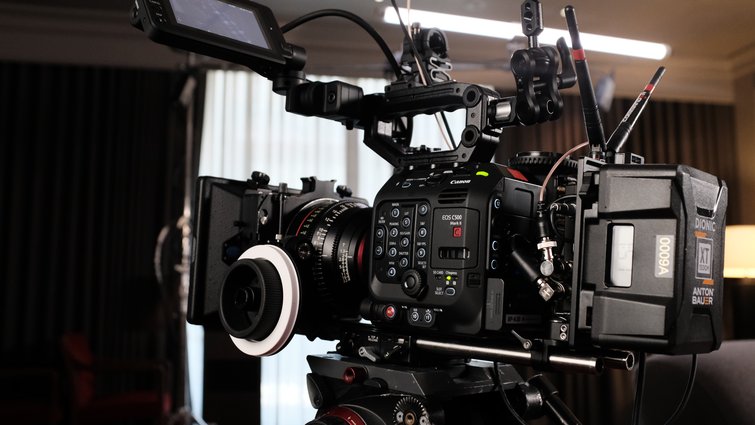 By Mohamed RoshdyMarch 18, 2020No Comments

Let’s take a look at some of the features that could make the new Cannon C500 Mark II the go-to camera for documentary productions.

After spending the last few weeks filming with the new Canon C500 Mark II, I’ve come to regard it as a reliable, exciting documentary filmmaking camera. With a long list of features and improved workflows, this camera may just be poised as the best documentary camera available on the market today. Here’s what I learned about it.

For documentary filmmaking, the Cannon C500 Mark II has proven itself as reliable.

The 4K in 60fps is simply one of the best additions to this camera. Even better is how quickly an operator can transition from 24fps to 60fps. With just a single hot-button push, the camera even maintains consistency with the user’s desired settings. This means you no longer have to verify that the shutter angle has stayed consistent, then go to the added step of adjusting it back.

For documentary filmmaking, this feature is key. It used to be nearly a seven-button process when switching over to 60fps. Then, by the time you’ve switched over, the moment was gone or had to be re-staged.

I also no longer have to avoid eye contact when a producer asks if we can film in 60fps at 4K, or lose out on a job because I can’t do it.

With a feature like this, you always wonder if it’s just a gimmick. However, the Digital Image Stabilization feature in the C500 MII is great! While on a 24mm lens, I was able to capture near gimbal-like shots while working handheld. In terms of documentary filmmaking, this feature is a huge perk. It keeps your camera package light while also yielding cinematic results.

Aside from capturing gimbal-like shots, it also proves itself as a great stabilization feature for any type of handheld or shoulder work, especially when you’re on a longer lens.

However, I’ve found a few quirks. With any extreme close-up shots of hands, the feature creates a jarring effect on screen. To resolve it, I had to turn the feature off for the shot. Other than that, the DIS has been a hugely beneficial feature for documentary filmmaking.

The Digital Image Stabilization feature has proven to be a great component.

The full-frame sensor has been one of my favorite additions to the camera line. Every time I pull in or review footage, I’m amazed at how much more detail the new sensor resolves. Full frame is the future — even for documentary — and this camera is evidence of that development.

Workflow is everything with documentary. You need to be able to grab a camera and be ready to go at a moment’s notice. Having a camera that takes five minutes to build, and requires tools, can be detrimental to a project and a shot.

The C500 Mark II overcame this issue by introducing a tool-less design, as well as being self-contained out of the box. No longer does your monitor have to be attached to run audio into the camera. The dual XLR inputs are now built right into the camera’s body. So, if you want to completely ditch the native monitor and run your own, while still running audio internally, you absolutely can.

Overall, the Canon C500 Mark II is the best documentary camera I’ve personally used. From an improved feature list to revised workflows, this camera has been a vast improvement to any of the previous documentary cameras on the market today.